Why You Need to Make Prototypes 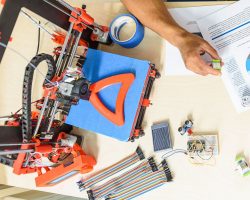 Imagine having a great idea for a product. You are convinced this new product will make millions of dollars and launch your company into new levels of revenue. After the
initial inspiration, you book meetings with every available VC and angel investors. In those meetings, you talk about what inspired you and why your idea will work. You show them your notes, and why they need to invest. Depending on the idea, the investor will look at everything and tell you what a good idea this is. They’re excited – you’re excited. Then, they ask to see your prototype, but you don’t have one, you only have the idea. Then, the meeting ends. You thank them for their time and ultimately, they don’t give you their funds.

This scenario may seem a little ridiculous to some because, oftentimes, prototyping acts as a normal and reflexive part of the creative process. Human ingenuity is naturally iterative. Writers write drafts, musicians practice, and product developers prototype. Prototyping is an indispensable part of product development. It allows you to refine your idea and waste less money on dead end ideas in the long run. You will find out what works and what does not. What potential customers like and dislike. Essentially, every product developer needs to make prototypes, and we are here to tell you why that is the case.

What is a prototype?

At its base, a prototype is any version of a product meant to test and refine product prior (and if) introducing it to a market. In software development even that haphazard sketch on a napkin could technically be considered a prototype. Many software products today are endless prototypes, since their constant stream of version updates and improvements act as a mind-numbing
modern day take on the Ship of Theseus paradox – after so many changes, is it even the same product anymore? Physical product development, though, requires a more involving process. Developers cannot view their customer-base as a constant stream of beta-testers, because the public’s tolerance for product failure is extremely low outside of the software realm. When creating a physical product, there are several types of prototypes, and they can each be used to perform a different function of the prototyping process.

What are the different types of prototypes?

There are many different types of prototypes and depending on what product you are developing can influence the types you need to make. Software prototyping can be anything from cardboard cutouts that demonstrate the actions of your user interface, to more complex functional prototypes that show the product in action. In architecture, both digital models and paper miniatures are used to great effect, since building scale prototypes would be next to impossible.

For the purposes of this article, we are sticking primarily to physical product prototyping, and in general, this falls into two main categories: functional and aesthetic. Functional prototyping is any version of the product intended to test and refine the practical aspects of the product. Take famed vacuum entrepreneur, James Dyson, for example. His initial inspiration for his line of fancy yet functional vacuum cleaners came from a visit to a saw mill where he saw them suck sawdust from the air using a centrifugal setup. This led him to the idea of a bag-less vacuum that could work better than conventional vacuums. Dyson’s early prototypes set aside the aesthetics of the product, and set out to prove that this idea was even possible. Once he knew it was feasible to create a compact version of this sawmill technology, he set out designing it to look beautiful as well – which brings us to the next prototyping category. Aesthetic prototyping generally refers to a mostly non-functional type of prototyping. Famously, car designers use this type of prototyping to create their initial flashy designs. Another company famous for design places a heavy emphasis on aesthetics – tech hardware behemoth, Apple.

Back in the late 90s, Steve Jobs and his sterling team of product designers at Apple decided to reinvent the traditional desktop computer. They wanted to create a new hub for the internet age, one that would streamline the function of a PC, and give users a new experience, but most of all, they wanted it to look great. Steve Jobs knew the importance of function, but he also was passionate about great aesthetic design. A product should look good, even as it offers you something you cannot live without.

Neither of these types is more important than the other, and once you perfect each, you can create a final prototype that brings everything together and marries the two sides into one coin.

When do you need to prototype?

The simpler question would be, when don’t you need to prototype? Honestly, every product idea worth its salt needs a prototype, but not every idea deserves to make it to that point. First, you need to research everything you can about your product idea – its market, competition, etc. Making it to the physical prototype stage means that you have exhausted the theoretical and need to start attacking the practical. While every idea can be made into a prototype, if you want to avoid wasting money, then doing your research is absolutely essential. Many technologies and methods have been developed for prototyping, and many of them can help to streamline, and even digitize parts of the process that would have been much more complicated otherwise. Tune in to our next article where we get into this subject in much more detail! For now, we hope that this has convinced you that extensive prototyping is an essential part of developing a physical product. Making design mistakes in a prototype is exponentially cheaper than correcting a product that is already on the market. Refine as much as you can – then, you will ultimately lower your chance of failure, and ensure that your product will be a resounding success.

Onega’s Bio:Onega Unalova is an engineer by traits and an entrepreneur by heart. She co-founded LA New Product Development team as her next adventure after a successful auditing and consulting career with American Petroleum Institute. Now, on a daily basis she brings entrepreneurs closer to their success.

Onega co-founded LA NPDT because of her love to innovation, brand development, and people. She is passionate about making the world around her a better place and gives back through volunteering.https://lanpdt.com/ulanova-onega/ 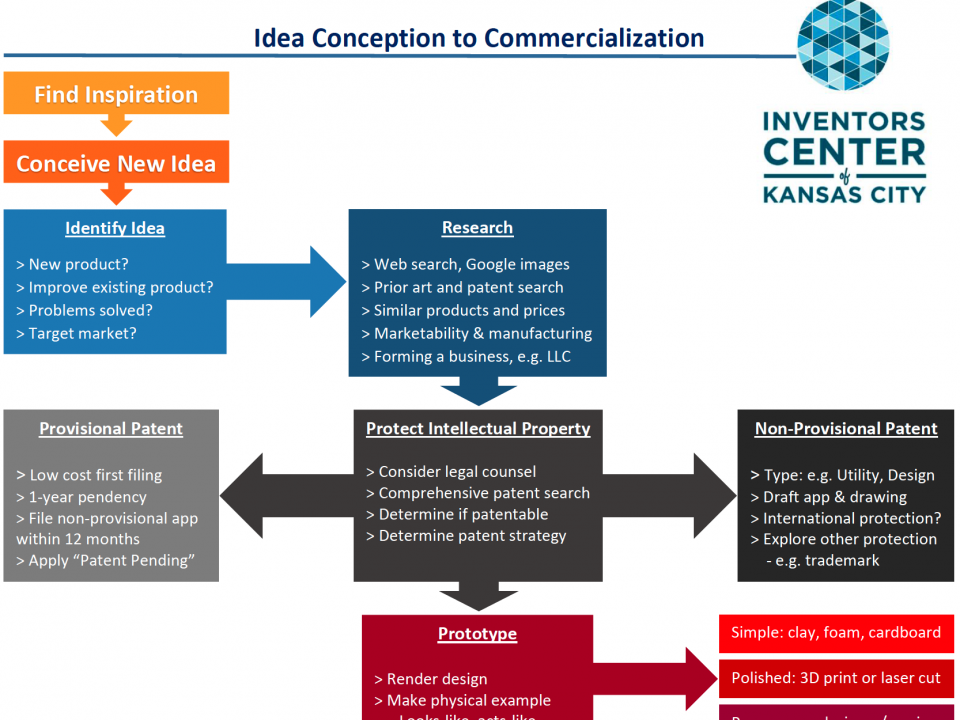