Considering Crowdfunding? 16 Ways You Can Fight Back Against Copycats 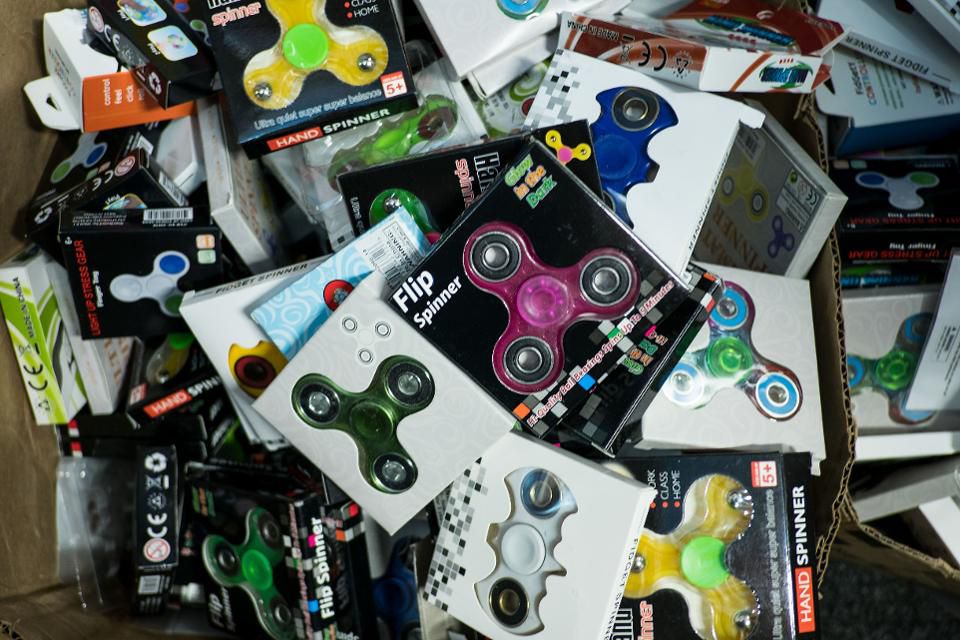 There has never been a better time to have a product idea. Pulling the trigger is easy. You can test the market, raise funds, and build a loyal following all at the same time. I’m referring, of course, to crowdfunding. What an absolute game-changer. Thanks to the success of sites like Kickstarter and Indiegogo, the crowd can vote with its wallet now.

There are enormous benefits to running a crowdfunding campaign, including less risk, no equity, exposure, ease of use, validation, free publicity, the opportunity to leverage social media, the ability to dialogue with your customers and more.

There’s also a major drawback: Getting beaten to the punch.

If your campaign is successful, you’re going to get knocked off — potentially, within a week! And unless you’ve planned ahead, definitely before you’re able to ship a single unit. Chinese manufacturers have become incredibly adept at capitalizing on the hard work of product developers in the United States. To market their inferior version of your invention, counterfeiters will pilfer and make use of your original marketing materials, including photos, video and name.

Antonio Papageorgiou, a patent and trademark attorney who represents startups, was frank with me on the phone: “The scope of the problem is enormous,” he said. “The way dealing with copycats works right now is a losing proposition, especially for smaller companies starting up. The cost of attending to every instance [of infringement] is so burdensome, they’ll never be able to attend to the real work of growing a business.”

So, is crowdfunding worth it? I’m not sure. Running a successful campaign takes a ton of time and work. You’re starting a business, basically. You could win big, only to lose even bigger.

For entrepreneurs today getting to market first is imperative — which is why Papageorgiou recommends keeping your invention under wraps for as long as possible.

“The biggest benefit you can have is to get to market first. The Chinese will follow soon after. The longer you have an advantage, the more likely you are to succeed…. After your invention is made public, it’s done, as far as I’m concerned.”

Clearly, to outmaneuver the competition, you must plan ahead. Use the following tips and strategies to fight back against copycats.

1. Use the tools provided to us by the United States Patent and Trademark office and other governments in terms of intellectual property protection, including trademarks, copyrights and patents. I recommend filing a provisional patent application first. If you’re starting a business, need patent protection, and are willing to defend it in court, consider fast tracking it. It costs a bit more, but could be well worth it.

Design patents can be of great value when it comes to combatting infringers. I like that they’re a bit more affordable to file. That’s what I used to get eBay and Amazon to take down copycats of the guitar picks I invented and brought to market in the 2000s. Typically, because design patents are easier to obtain, they aren’t as valuable. But they’re fantastic tools when it comes to knockoffs.

Trademarks are extremely important. Plan ahead, because they take on average between six and nine months to be approved. Consider filing trademarks on phonetic and related versions of your name.

After you share your invention publicly, you have 12 months to apply for a patent in the United States. Be aware that in many foreign countries, there is no such grace period. So you could lose your right to file intellectual property if you launch your campaign too quickly.

2. Have inventory ready to ship. As an advertising vehicle, crowdfunding can’t be beat. Speed to market is the biggest issue at hand. If you have inventory and you’re set up to start shipping, you can beat copycats to market. Because so many creators don’t have product development or manufacturing experience, campaigns are notoriously slow to deliver. We’ve all read the stories; it’s jaw dropping how fast the Chinese can copy a design and get to market.

This way, you can work out any manufacturing issues in advance. Typically, these are what delay shipping dates.

3. Next best: Line up a manufacturer and be ready to go, having done everything but pull the trigger. Consider manufacturing in United States first because doing quality control will be much easier. At the same time, start looking overseas for a future partner. Yes, your profit margins will suffer. But once your product takes off, you can switch over to a cheaper provider.

4. Next best, after that: Have a minimum quantity of inventory already ready. Most contract manufacturers require that you order a minimum number of units. Ask them what their lead-time is. You might be able to use the funds you receive from crowdfunding to pay the invoice on that initial order — thus avoiding having to spend your own money and the dreaded float.

5. Bring on someone who is familiar with manufacturing in China prior to launching. If you decide to go overseas first, I think one of the most important things you can do is hire someone with the right experience. For example, a non-disclosure agreement won’t cut it. You’ll want any Chinese manufacturer you work with to sign a non-use, non-disclosure and non-circumvention agreement (NNN).

6. Contact a potential licensee to notify them about your product before you launch. If your campaign is successful, reach back out. They will absolutely love that you have taken away risk by establishing proof of demand. You could also try to license your idea in earnest first. Using crowdfunding to validate the marketability of a product is very smart, in my opinion. There’s a reason large companies like Hasbro have teamed up with Indiegogo.

Having a market leader push your product out through its distribution channels is a big plus when dealing with retailers.

7. Stay under the radar. Don’t ask for too much money and don’t push too hard on social media. You’ll gain proof of concept, but will be less of a target.

8. Raise venture capital prior to crowdfunding. Many successful crowdfunding campaigns raise money prior to launch day. This is especially true for more complicated projects that require a certain level of talent and funds in order to ship and be sustainable.

9. Instead of inventing something new, find a product that already exists but needs better marketing. This concept is brilliant. It’s using crowdfunding as a platform for advertising and selling. Someone recommended trade shows in China as a great place to find such products. Look for a manufacturer that is already producing inventory, but doesn’t possess the skill or experience to reach customers in the United States.

10. Focus on building a unique brand. Stand out by being highly recognizable and synonymous with quality. For example, GoPro specifically targeted its user base of sports photography enthusiasts. There are plenty of fake GoPros out there, but also plenty of fans who will pay more for the real thing. Marketing and brand building are two things copycats will not take the time nor know how to do.

11. Make or design your product in such a way that the average factory won’t bother trying to copy it. The complexity of your product is a natural defense, Benjamin Joffe points out. This could be due to the use of specific raw materials, machinery or sophisticated manufacturing know-how. Plastic injection molding is easily copied.

Side-note: I came across at least one venture capital investor who argues that some companies actually benefit from copycatting because of the additional awareness brought to the original product. At some point, the thinking goes, the customer might be able to afford the real thing.

13. Make it extremely obvious that you are the original creator. Tell your story again and again on social media and elsewhere. Make yourself indistinguishable from your invention. At the same time, focus on building a great relationship with your customers. Great customer service is one of the best ways of protecting your business in general.

14. Monitor and stay abreast of knockoffs. Yes, it’s like playing whack-a-mole. But you should still do it. Make use of the limited tools provided by Amazon, like the brand registry system it updated last year, and Alibaba. Buy counterfeit product to discover what its flaws are, then publicly describe the differences between your product and infringers online.

15. Add value beyond the product itself. Can you create a better buying experience? Think of other ways you can reward your community. When I sold guitar picks, we always included a poster or a sticker with our shipments. We also ran contests to give out prizes.

16. Consider a technological solution such as Red Points. The Barcelona-based startup (which recently raised an additional $12 million in funding) fights fakes with its deep learning software, database of the 5,000 most popular marketplaces, and relationships with retailers. Its ability to automate and assist in the takedown process means that infringers are removed on average after just a few hours.

“You have to be realistic. This is too big of a problem to approach individually in court. Sometimes doing so is worth it or necessary. But counterfeits spread like a virus, so our thinking is: We need to deal with them like that,” explained Red Points CEO Laura Urquizu.

That makes a lot of sense. Hiring a full-time employee just to deal with copycats — which you could do — might not even work, and would likely cost more.

Crowdfunding has been marketed as a democratizing force — and I think it is — but is actually a better fit for extremely experienced and knowledgeable entrepreneurs. Not your first foray. Raising a million dollars sounds like a dream come true! But it could actually be your worst nightmare, if you have a hit.

Think about it: You’ve worked extremely hard. You could start a business around this idea. The reality is your lack of experience and knowledge of manufacturing could greatly hurt you. Product reviews are incredibly important; we all know that. If inferior versions flood the market, your reputation and the experience of your customers will suffer.

Clearly, there is little incentive for China, e-commerce giants like Amazon, and even crowdfunding sites themselves to address this issue.

It’s on us. So please, gear up for a good fight!

Article courtesy of Forbes.com, first published on January 31, 2018 under the title “Considering Crowdfunding? 16 Ways You Can Fight Back Against Copycats”. Link to original publication: https://www.forbes.com/sites/stephenkey/2018/01/31/considering-crowdfunding-16-ways-you-can-fight-back-against-copycats/#71662f036d9f.

Related Terms:
Manage Cookie Consent
To provide the best experiences, we use technologies like cookies to store and/or access device information. Consenting to these technologies will allow us to process data such as browsing behavior or unique IDs on this site. Not consenting or withdrawing consent, may adversely affect certain features and functions.
Manage options Manage services Manage vendors Read more about these purposes
View preferences
{title} {title} {title}